Nearly 100,000 children across Buffalo Niagara live in or near poverty. This number represents 42% of all children in the region, with 22% living in poverty and about 20% living near the federal poverty level. Increasing access to affordable, quality housing, safe neighborhoods, and high-performing schools could limit the impacts of childhood poverty.

The poverty rate for children in Buffalo Niagara has been on the rise since 2011.

Despite challenges, a young student works towards a better future. 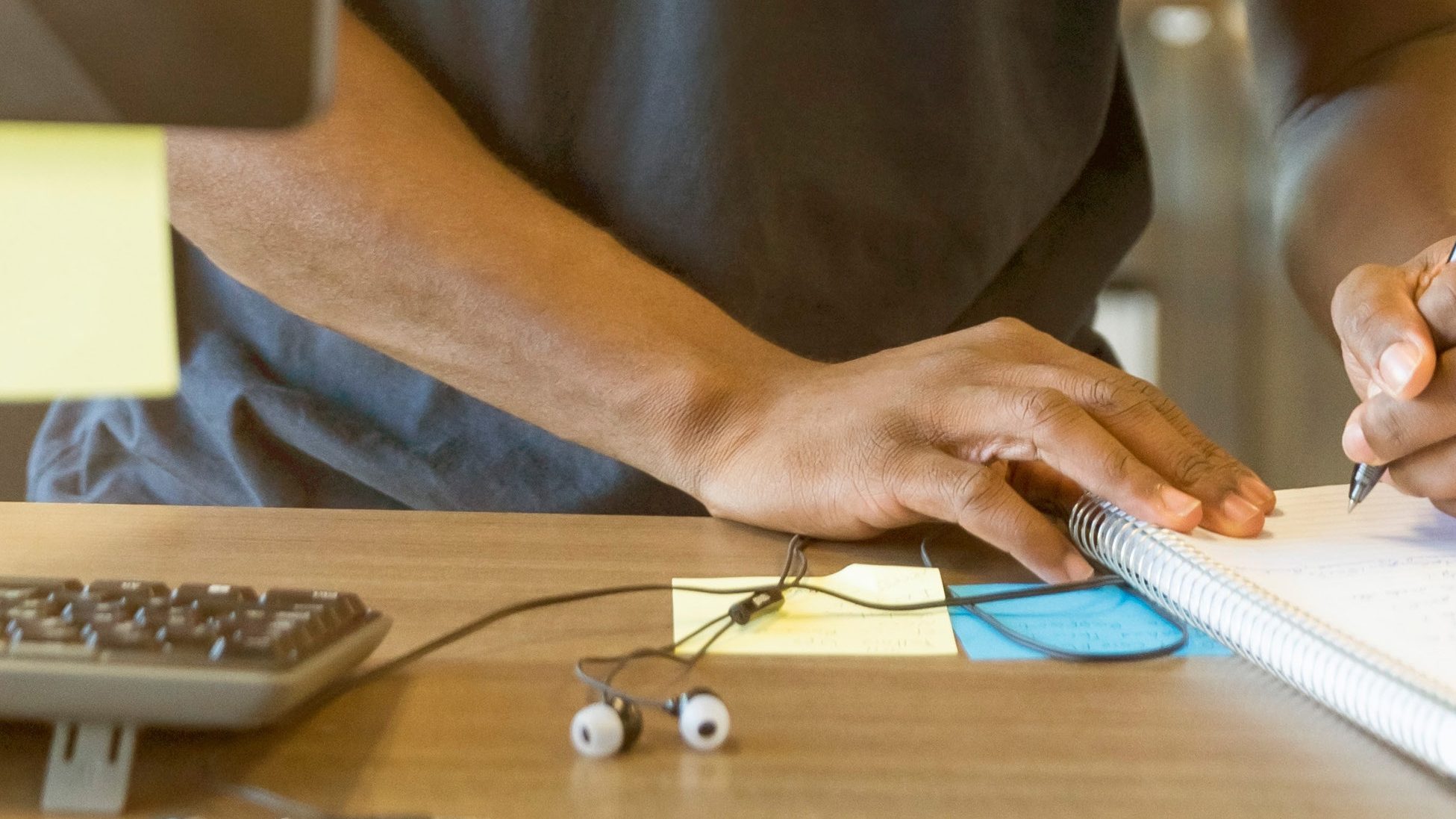 Maurice is a 17-year-old senior at Niagara Falls High School. He aspires to go to college after he graduates, but feels he doesn’t have the support he needs to get there. Growing up in Niagara Falls, opportunities for exploring careers, cultivating interests, and trying hobbies were scarce.

Maurice feels there is no positive motivation from adults. “I know what I want to do…but I don’t know what I want to do. I wanted to be a history professor but a lot of people told me that’s not realistic.” Maurice suggests that schools could have a more diverse teaching staff and organize more inclusive college fairs and career planning programs so youth can develop ideas of what they want to do in the future.

Sometimes school has been hard for Maurice, especially when things aren’t going well at home. Many of his teachers don’t seem to understand or care about the challenges he deals with outside of school. His mom is disabled and can’t work, but has had issues getting assistance through certain programs. Money is tight. Although the landlord hasn’t maintained their home in years, they still pay a lot in rent. Maurice even has friends whose families were recently evicted.

Along with a need for more support and career guidance, Maurice says that youth in Niagara Falls need more creative outlets outside of school. Maurice doesn’t see anywhere for youth to be expressive. “There’s just a park and a basketball court but not everybody plays basketball.” There are some programs for youth, such as The Casey House and The Connection, but not many that give kids a positive outlet. “You’ll have fun with your friends, but in most situations it’s the wrong kind of fun, and we’re labeled as bad kids.” Other programs, like Cribs, have closed due to a lack of funding. The young resident suggests that one of the best ways for the city to address the lack of youth spaces is by converting vacant buildings into youth centers or other spaces that could be used by youth.

You’ll have fun with your friends, but in most situations it’s the wrong kind of fun, and we’re labeled as bad kids.”

A cash-strapped district is just one of many obstacles this young student faces. 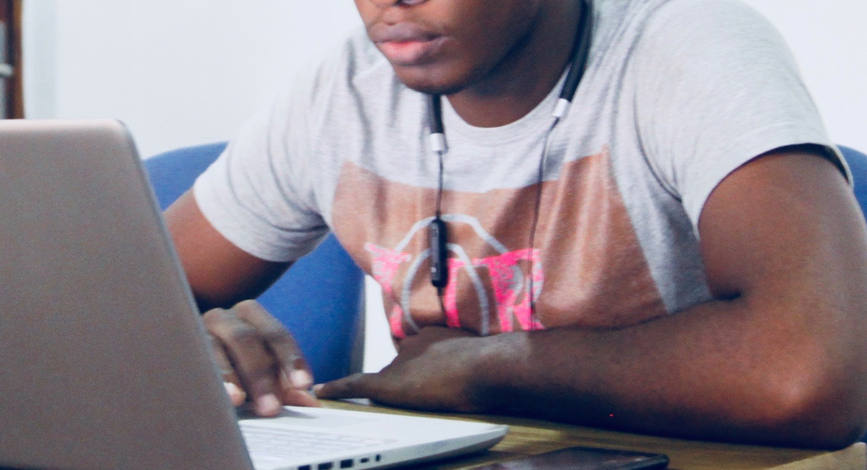 Nathan is a sophomore at Lackawanna High School, where 65% of students graduated in 2018-19 and many students struggle to achieve passing test scores. In Nathan’s view, the driving force behind the low graduation rate and test scores is clear: not enough funding and low attendance. The lack of funding manifests itself in many ways, including limited course offerings, not enough teachers, and little support for English Language Learners, despite the city’s large immigrant and refugee population. “In my social studies class, there are people who can’t speak English and [the school] took out the person who helps them, so now they have no one.”

Still, Nathan wishes that less emphasis was placed on preparing for tests and more emphasis was placed on developing practical skills like resume-writing and financial literacy. “I feel like our school should teach us more about stuff that we’re going to need to know going into the world.”
Low attendance drives low graduation rates. Although many factors contribute to students staying home, Nathan said that many students who have to walk to school choose to stay home during inclement weather, rather than walking to school along uncleared sidewalks in freezing temperatures and snow. He feels that attendance could be improved drastically with changes to policies that allow more children to be bused to school. “If I was a walker, I’d never come to school.”

Nathan lives in the First Ward with his parents and four siblings. He knows that his parents are increasingly worried about being able to keep up with expenses every month, so he’s planning on getting a job as soon as he turns 16 to save up for college on his own and to have a little bit of pocket money. He is a little nervous that it will take him a while to find a job, given that only a few establishments in Lackawanna hire teenagers. “We have McDonald’s, we have Dairy Queen, we have Tim Horton’s, but that’s about it that hires kids at 16 or 17 years old. Other than that, you have to go online and search for jobs outside of the city.”

In addition to having more jobs available for teenagers, who, like Nathan, “want to start saving up for college the minute [they] can,” Nathan would like to see more recreational facilities available, especially indoor facilities for the winter when it’s too cold to play outside. “Kids don’t have anything to do after school. I think we need more rec centers around Lackawanna.”

Nathan is looking forward to going away for college, traveling, and seeing more of the world. But to him, Lackawanna will always be home. “We’re close as a community … everybody’s cool with everybody.”

Kids don’t have anything to do after school. I think we need more rec centers around Lackawanna.”

A high school junior feels the pressure to do well as she considers whether to pursue a college degree. 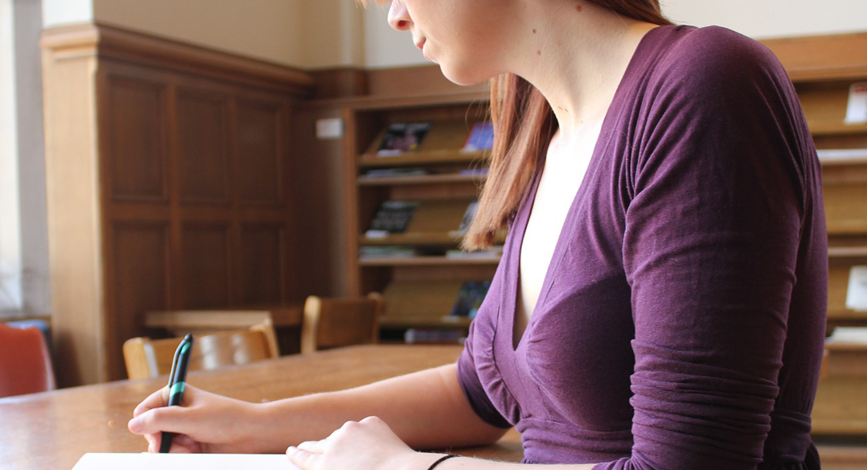 Julia is a junior at Kenmore West High School. She is actively involved in her community. As a member of National Honor Society and Youth Engaged in Service (YES), Julia has to volunteer a certain number of hours per semester, so she recently started helping out at Town events, like Winterfest.

Before she started volunteering at Town events, Julia says she didn’t realize all that the Town had to offer. She said that there’s a lot for kids to do, but some youth programs are underused, like her younger brother’s hockey league which can be unaffordable for many families. In general, she thinks the Town could do a better job of reaching out to residents about local events or after-school activities that kids can take part in. “There’s so many things you’ve never heard of.”

Julia said it can be hard to make time for youth programs, sports, and other activities with all the obligations she has at school. She said the constant pressure to do well on high-stakes testing can be a lot to handle for students at many grade levels. She notices some minor issues, like bullying, and wishes there were more college prep courses, but Julia’s generally happy with her school experience. But if she could change one thing, it would be better transportation. With her parents’ busy work schedules, it can be tough for them to give her and her siblings a ride home from afterschool activities. So she often has to wait, which cuts into her free time.

In her free time, Julia likes to go to a nearby arcade or to open skate night with her friends. She also works part-time after school. She says there are plenty of places in Tonawanda that hire older teenagers, and that younger teenagers can mow lawns or babysit for pocket money. “Once I turned 16 [though], it was really easy to find a job.”

She’s taking a course to explore college options, but she’s not sure whether going to college makes the most financial sense for her right now, since she doesn’t know what she wants to study yet. Julia’s biggest fear is that she’ll end up changing her mind partway through her degree program. “If I decide it’s not the right college, I’m going to be in quite a bit of debt for something I’m not ever going to use.” If she does choose to go to college, she’s considering going somewhere nearby, so she can live at home and save money that way. “If that doesn’t work out, I’ve always had an interest in the army.”

If I decide it’s not the right college, I’m going to be in quite a bit of debt for something I’m not ever going to use.”